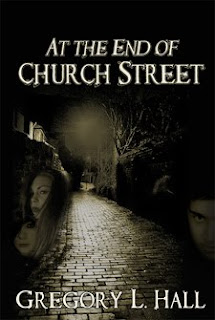 A group of homeless goth kids who run the back alleys of Orlando, Florida are being targeted by a vampire slayer who thinks they are real creatures of the night. Though the kids like to wear fake fangs and don black capes to terrorize the tourists, they are pretty much harmless and the only people to bother them are the bored cops. Now, Vampire King and Queen Adam and Lucy must protect their brood of runaways from a real threat that is staking and decapitating members. Everyone is a suspect, from a detective called Duncan to the kids’ strange butler Renfield and even some of the kids themselves. Can they catch the deranged Van Helsing-wannabe before it’s too late?


Read more at Fatally Yours
Posted by Sarah E. Jahier at 10:27 AM