I've been waiting and waiting for Michael's to start stocking more Halloween stuff ever since spying some Halloween end caps they had set up a few weeks ago. Well, I decided to give it another go the other night, hoping they at least had their Lemax Spooky Town miniatures up...

However, I did pick up some cute Halloween bows for myself, some cheap, cheap Pumpkin Spice candles and oil (only $1 each!!!), a few black votive holders and some cute black and orange filigree ribbon. I can't wait 'til they have more stuff out, but it looks like it won't be until mid- or late-August when everything is finally out. 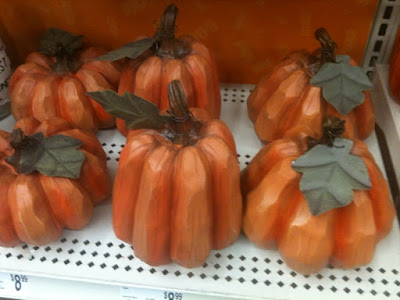 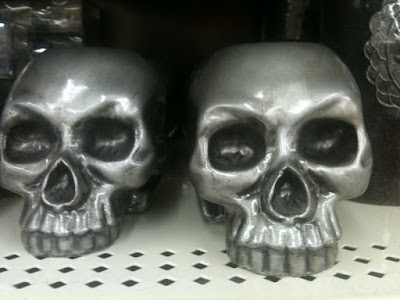 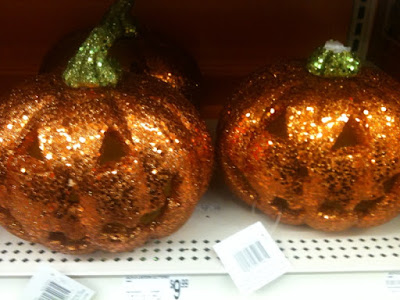 Sparkly punkins for the ostentatious pageant girl in all of us...
Hurry up, Michael's, I wanna get my Halloween on!!
Posted by Sarah E. Jahier at 10:46 AM